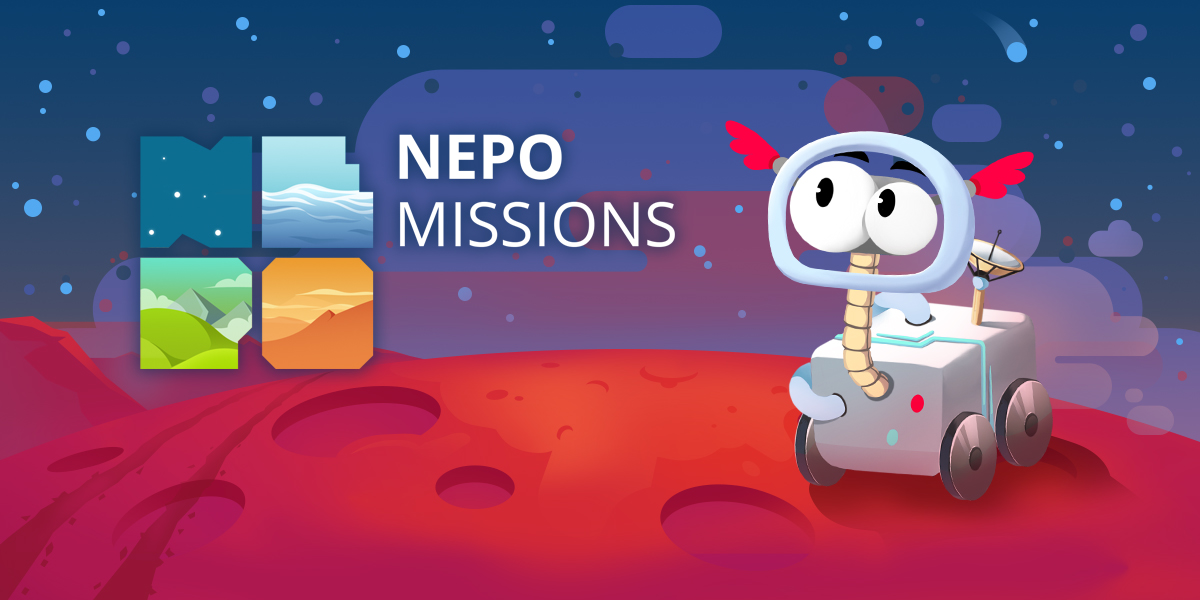 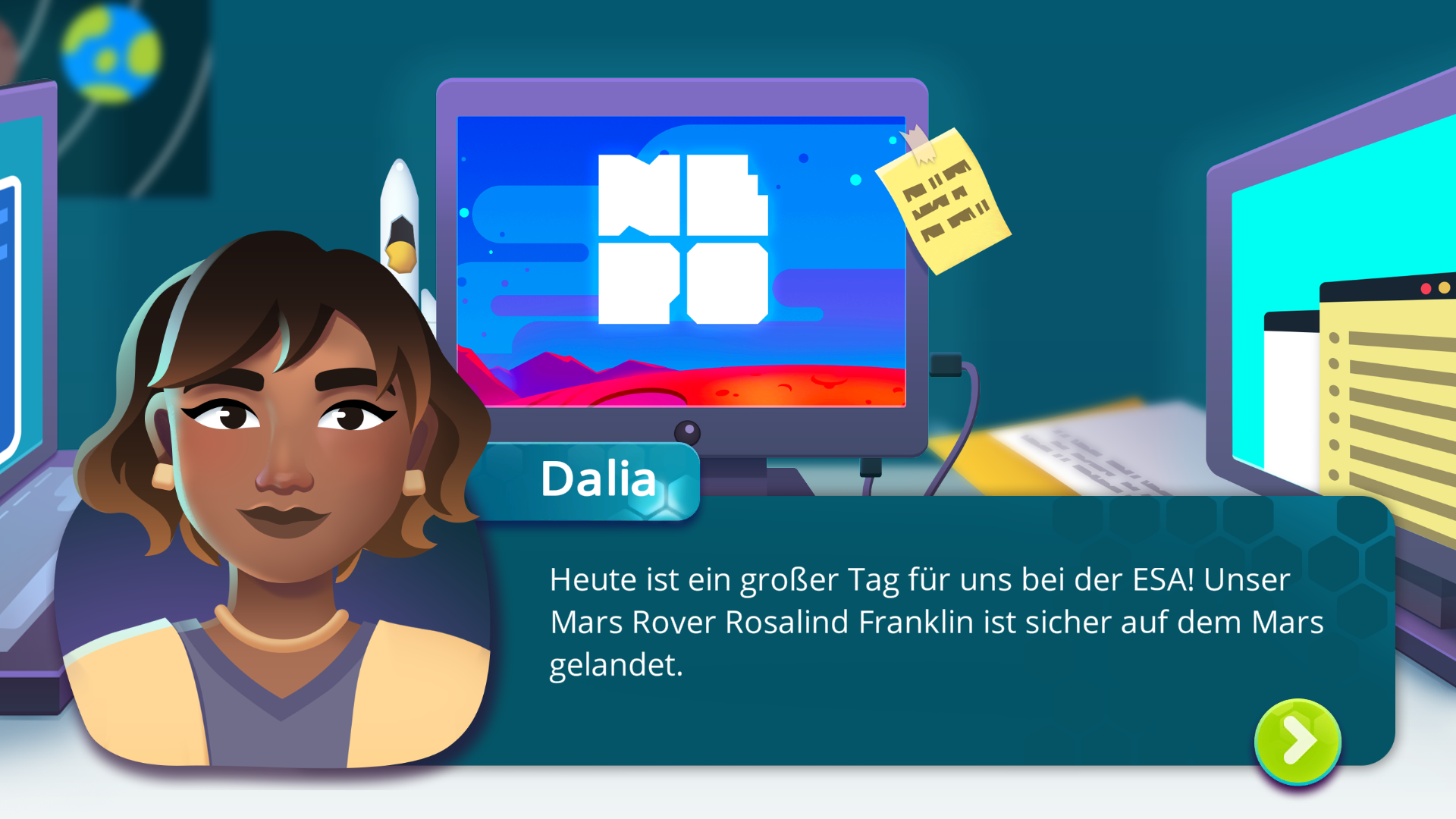 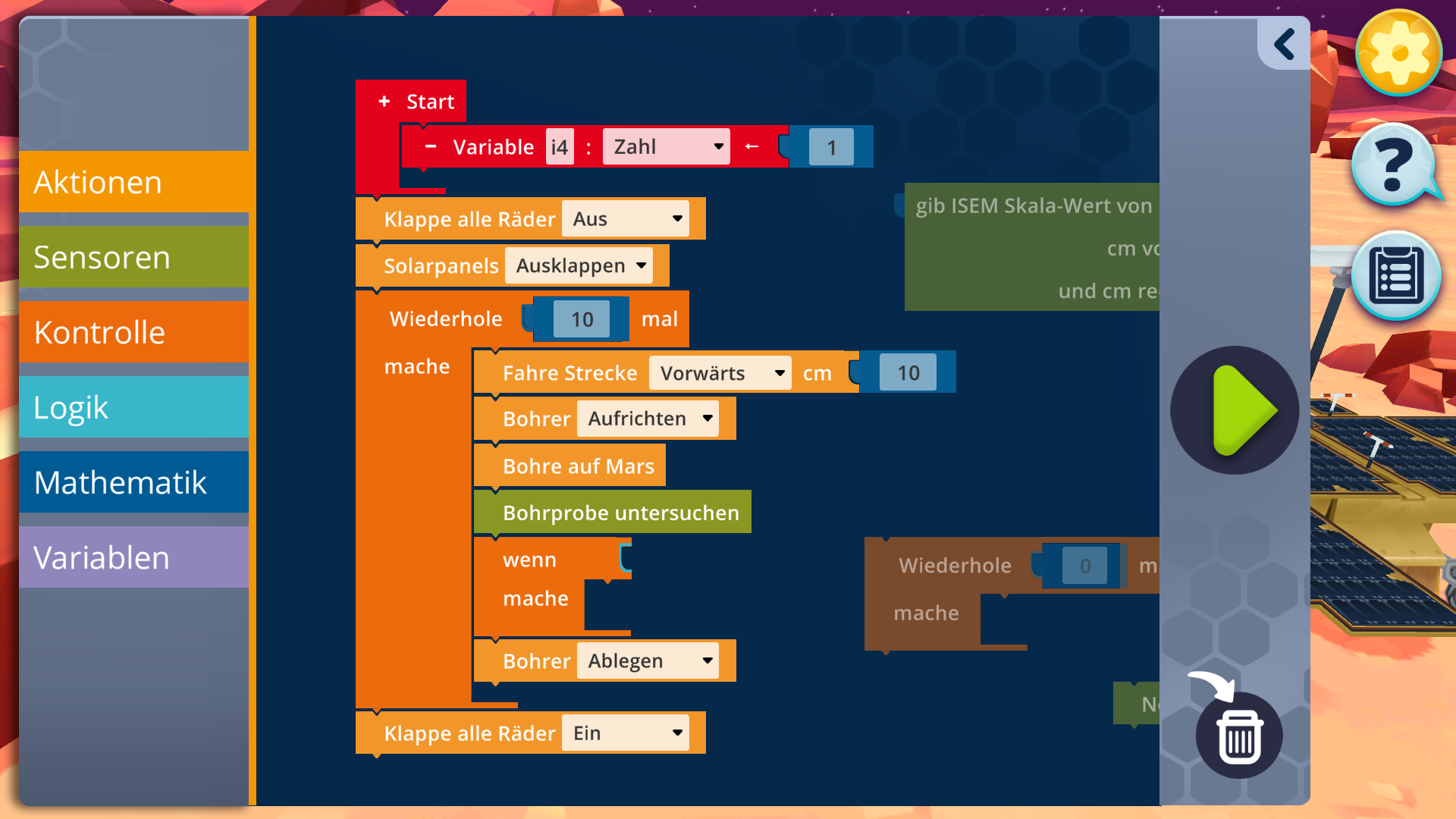 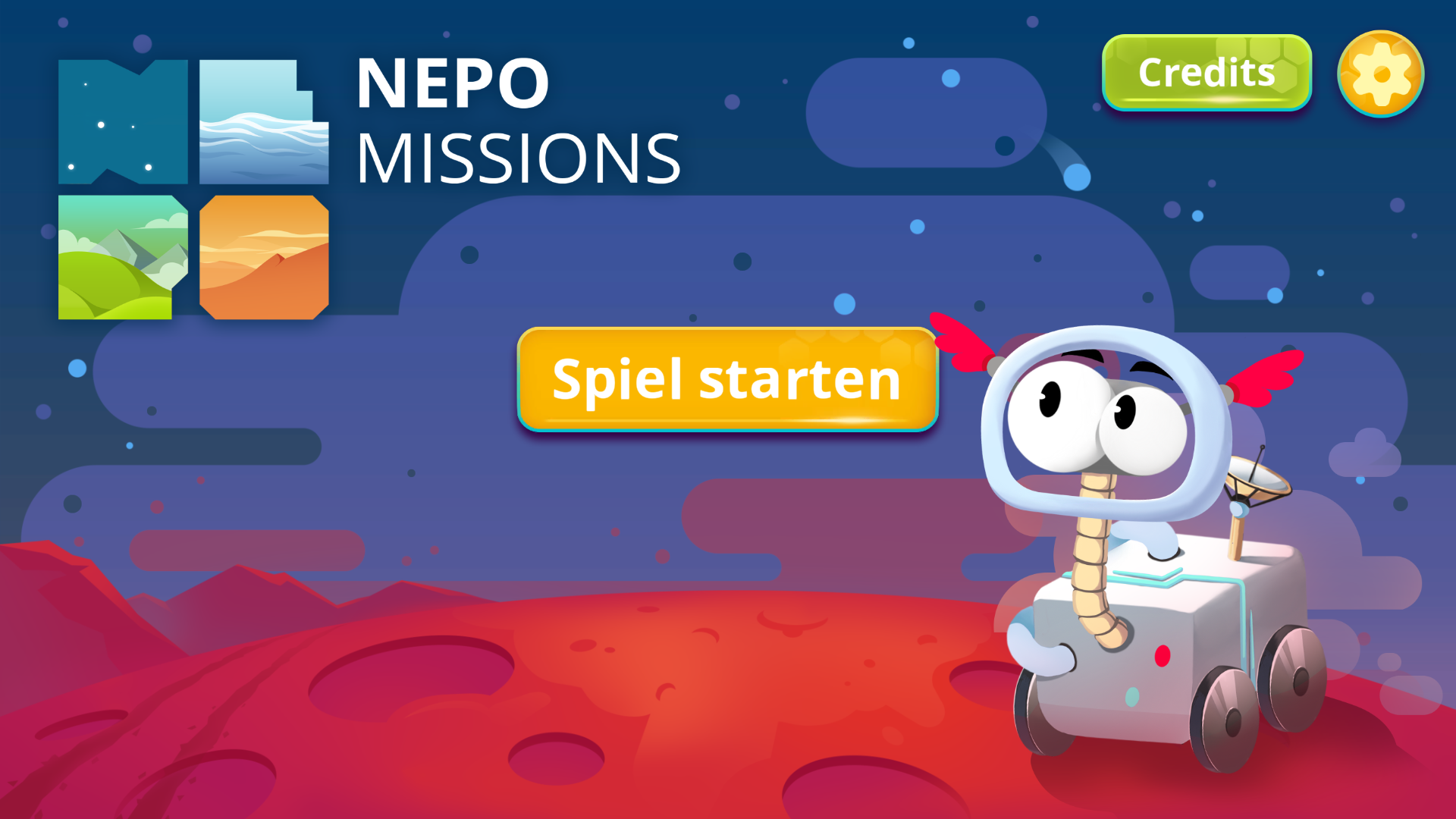 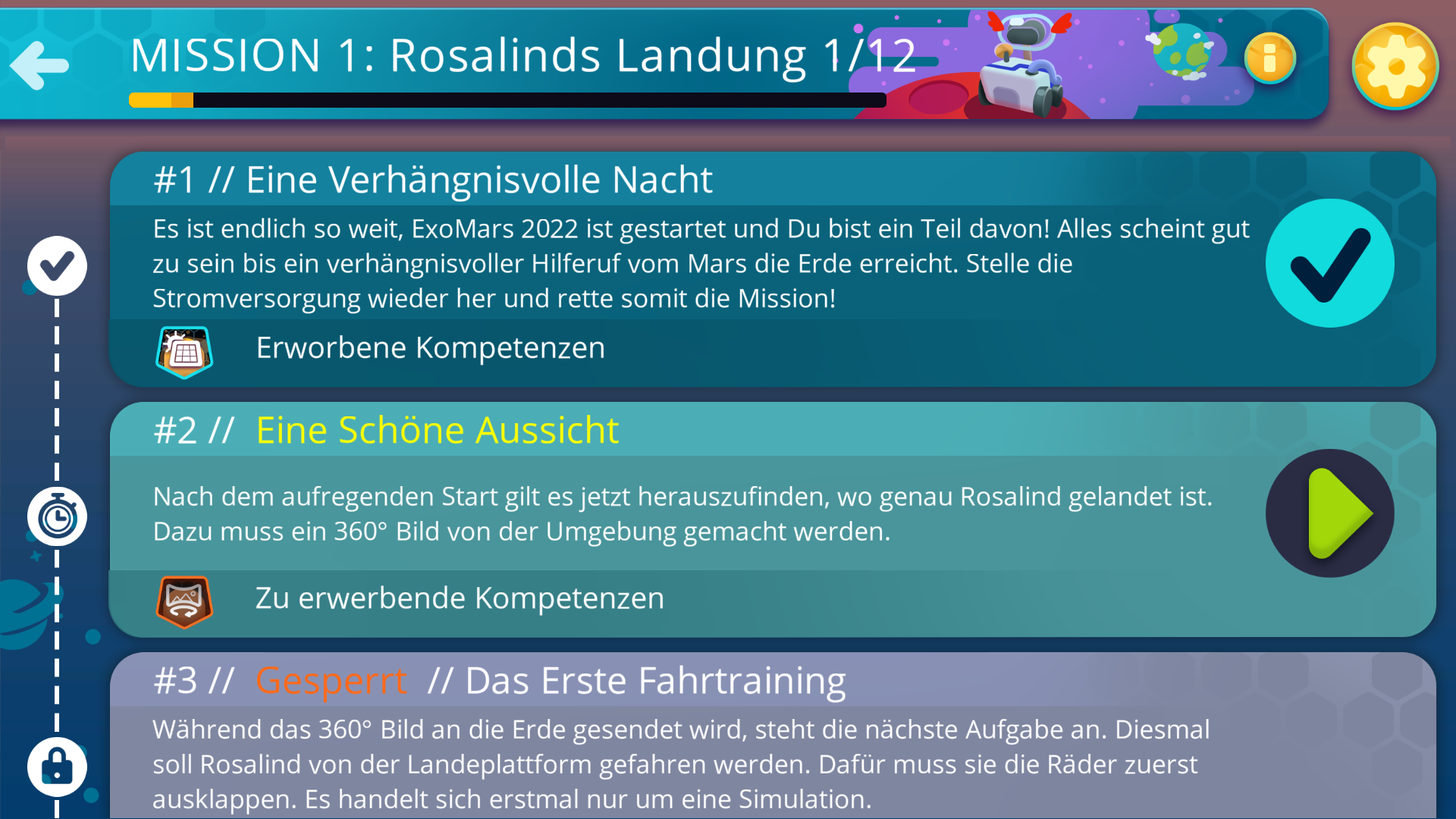 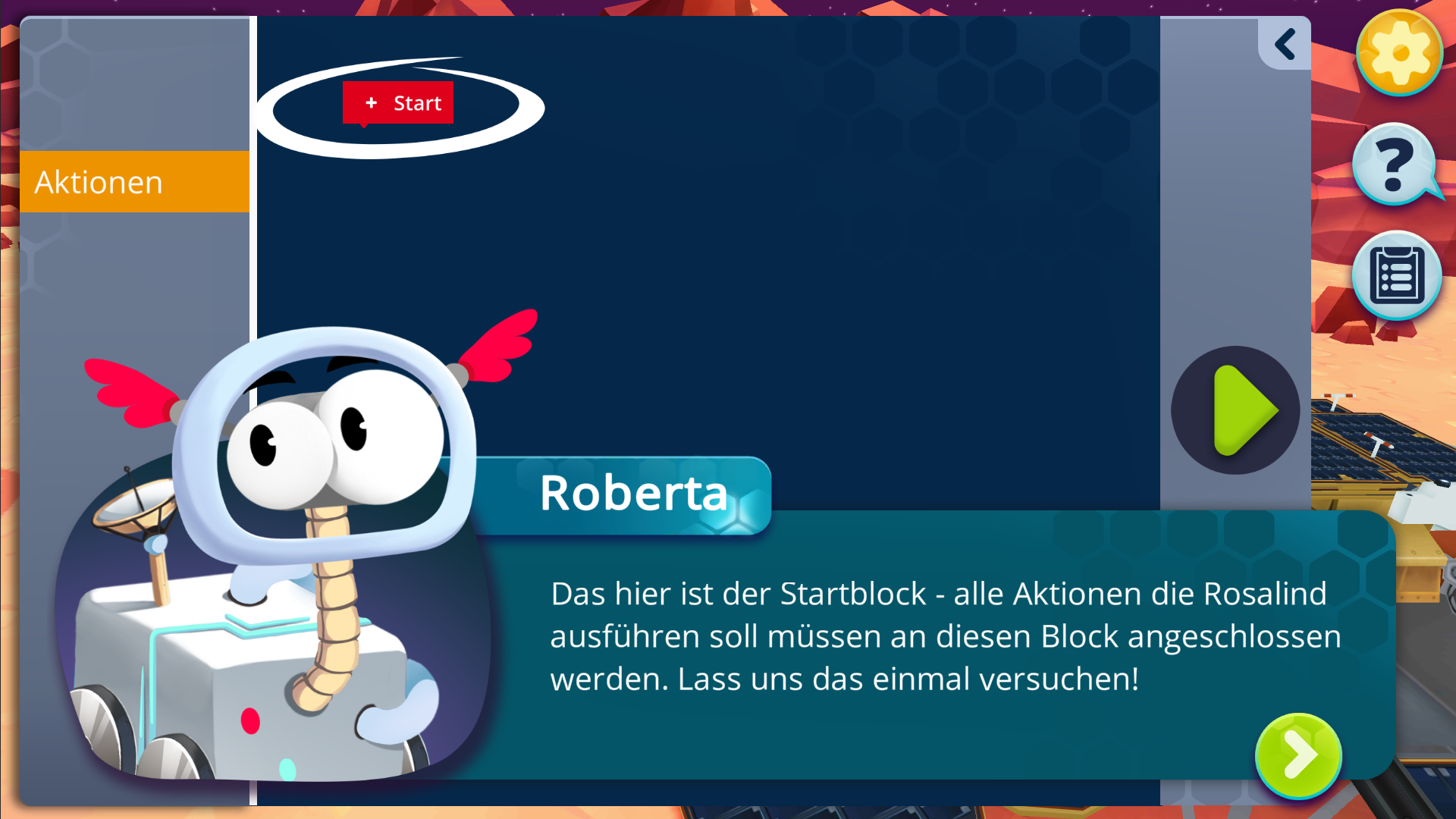 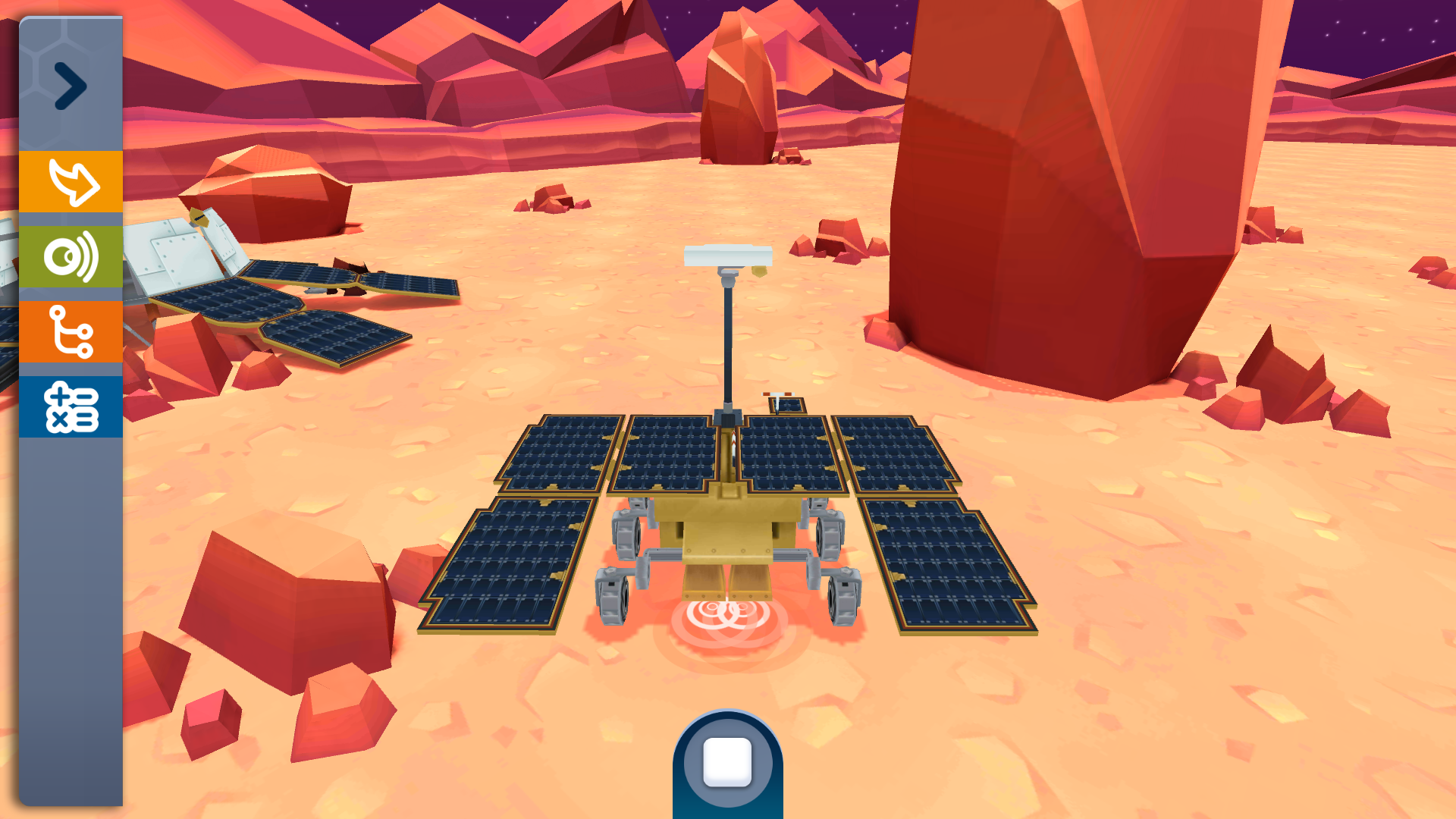 Fly to Mars with the lovely rover Rosa! Take care of important tasks on your Mars mission that will help to better understand the planet. Learn how to program with the help of your tutor and play "NEPO Missions" for free. The game was developed together with Fraunhofer IAIS. The game was nominated for the "Best Serious Game" of the German Video Game Awards 2022 and got a nomination in the categories "Education" & "App" of the TOMMI 2022.

In "Nepo Missions" players can go on a mission to Mars with the rover "Rosa". They learn how to use the graphical block-based programming language "NEPO" from Fraunhofer IAIS to control the rover. "NEPO" is used on the "Open Roberta Lab" platform, on which millions of people worldwide already program real robots every year. With the right programming, Rosa can perform the individual tasks of the Mars mission, such as drilling the soil, analyzing soil samples or taking photos of the surroundings. Important feedback and support during the Mars mission is provided by the tutor Dalia, an homage to Mary Jackson, who was an American mathematician and aerospace engineer at NASA.

A special challenge during the development was the integration of the various tasks in interaction with the existing code blocks of the programming language "NEPO". In addition, the Rosa rover and simulations of its tasks had to be graphically very similar to the real and very complex ESA rover Rosalind Franklin of the Mars mission planned for 2022. The project should also be made available as open source.

The Serious Game is meant for children and young teenagers, and is part of the Fraunhofer Roberta Initiative and was funded by the Google.org Impact Challenge.